Today, it seems everyone over the age of five has a cell phone. But it hasn’t always been that way. Most of us remember those days when one telephone had to be shared among every member of the family. And it was connected to the wall, so you couldn’t take the phone with you to school, the store, or to work. If you were lucky, you had more than one telephone at your house. However, that didn’t mean that you could make numerous calls at the same time. It meant you didn’t have to run a flight of stairs only to be too slow and miss that phone call after all. 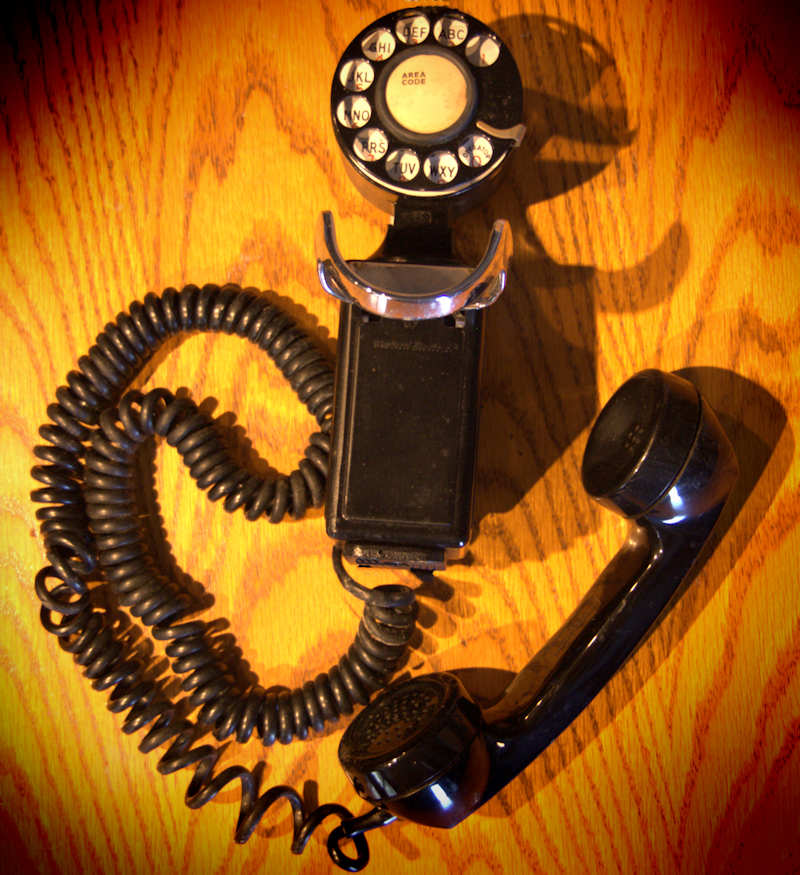 We had multiple phones in our house when my children were growing up. I guess, that meant our family was one of the lucky ones. But we still had to share!  It always seemed like a contest between my son and daughter, as to who got to answer the telephone. And each time it rang, they would both run to answer it. Yelling, “I’ve got it!” Whichever one picked up the receiver first got to talk. It was a big deal to them when they were young.

Often my son would be a second slower in answering the phone than his older sister. If he answered the phone in the kitchen after his sister had already picked up the receiver in the basement, he would hear her say, “I’ve got it!” Being taught that eavesdropping on someone else’s conversation was inappropriate and not tolerated, he would quickly hang up! This mad dash to be the first to answer the phone went on for years.

One morning while eating breakfast my son gasped, “I forgot to do my extra credit assignment!” It was a riddle that apparently the students could get help solving. His sister listened to the riddle. Before running out the door for the school bus, she said, “I’ll think about it on my way to school.”

My daughter was in junior high and left the house an hour before her brother. She loved to sit alone and read or draw. So, I really do think she enjoyed contemplating over this riddle on her way to school.

I was getting ready for work and my son was watching television in my bedroom when the phone rang. He reached over to the bedside table, picked up the telephone and said, “Hello?” Then quickly hung up.

A few seconds later the phone rang again. And when he answered, his sister was on the other end of the line. She said, “Don’t hang up. I got it! –I got the riddle!”

Miscommunication and bloopers can be rather hilarious. I suppose that’s why America’s Funniest Videos / AFV has been successful for so many years. I think, more than ever we all need to find things to laugh about. So, send me your comments or funny blunders and I will gladly post them. Please feel free to share this blog.