Etty Hillesum wrote a note on a post card and threw it off the train. It was November 30th, 1943. Not long after that she was murdered at Auschwitz. Her writings would later become known around the world. 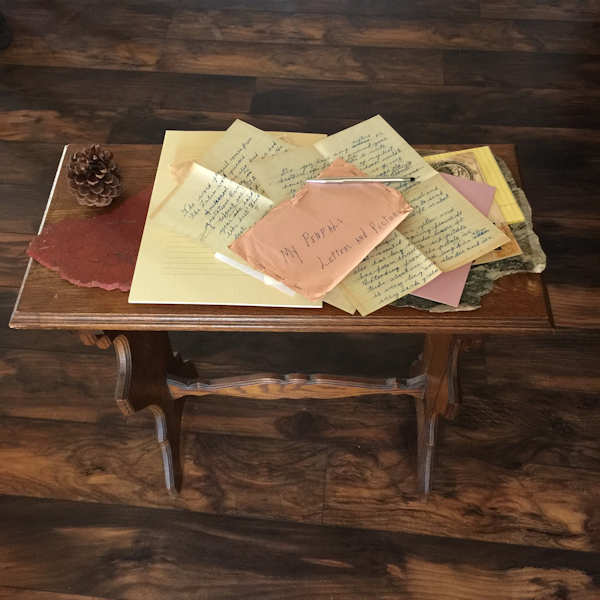 How interested would you be to read a post card sent to you from a friend? Now, what if that post card had been lost in the mail service for 50 years and that friend had passed away? How would you feel if the person who wrote you had become well known? Elinor Roosevelt wrote a newspaper column called My Day. Her grandson thought all kids read about their grandma in the newspaper.

All of us don’t have news columns, but we can write things for our grandchildren and great grandchildren. Leaving them a keyhole perspective of our lives through a written time capsule that tells of our love, loss, and struggles can help them connect to their ancestors.

And who knows –maybe the things you write will become of interest to someone long after you’re gone. Not many of us take the time to write anymore. Writing a letter or journaling about everyday life may seem a waste of time.

I recently came across a tiny yellow and white box that would change my perspective on writing about the mundane everyday things we sometimes take for granted. This box had been forgotten. It contained letters that belonged to my aunt and uncle. My aunt died years ago and when my uncle recently passed away   All their belongings were shipped to me. It took months to sort through and decide what to do with everything.

I often think of them when I see the painting, ring, and cheese slicer that once belonged to them. Their tiny yellow and white box filled with letters of all kinds opened a whole new perspective for me. The oldest was from my aunt’s third-grade pen pal living in Germany. Another was a letter from someone sending news that their brother had been killed in WWII. The most precious letters to me were the love letters from my uncle to my aunt. I had never known the depth of his warmth and tenderness until I met that loving man in those letters.

For most of my life I’ve journaled. Writing has given me a chance to reflect on what is important to me. Unfortunately, I am not a saver. So, most of my history is gone. However, I’ve decided that I’m going to hold on to some of my writing and put it in a tiny yellow and white box.

You don’t have to write a newspaper column. However, you could start keeping a journal, send a letter, or leave a note for your loved ones to read many years from now. It’s never too late to open a keyhole view of who you are deep inside. You never know who you’ll touch.

I’d like to hear your comments and stories. If you could receive a letter from the past, who would you want it to be from? If you have enjoyed and find value in my blogs, please follow me and share it with others. http://www.leannembenson.com