Let’s face it, traveling is hard. Maybe it’s the unknown that is so alarming. Although crossing over difficult terrain is tiring, isolated areas where there are no warnings, nor help –can make the voyage daunting.

The Appalachian Mountains are calm, graceful and timeworn. However, her roads are anything but forgiving. Narrow, wobbly, curving roads through the highlands were never made for large, fast moving vehicles. Even with the temperate weather conditions, the roadbeds have heaved. Tires kiss the rounded edges on hairpin turns. Dimpled low, soft asphalt, pitches its riders from side to side.

Anyone who thinks, the Rocky Mountains are just another range like the Cumberland Gap, is in for a rude awakening. Don’t let the wide buffering shoulders along the byways fool you into thinking it’s an easy journey. Pushing west across the country, the first of many summits are met. The extreme height and sharp jagged ledges, slow traffic. Road signs warn of a six percent decline in grade, along the mountain road. The pass is soon closed, when October warms of winter storms brewing.

Ice crusted signs warn of an eight percent decline in grade. Gaining speed in low gear, tires slip slightly on the first switchback off the summit. Driving conditions decline. The speedometer begins to escalate. Riding the brakes with a hope of reaching the lower foothills before they heat up and fail, makes for an exasperating trip. The challenge is far from over as altitudes climb higher.

Many of the wild mountain ranges have been tamed with contoured roadways, warning signs, guardrails, and more. Some areas, safer than others. The most untamed territory I’ve ever encountered, was on the way to a little village called Idunda, located at the top of a mountain range in southeast Africa. The trip in and out of Idunda was more intimidating than any place I’ve traveled in the United States. It was not the unreliable vehicles, the hilly topography, or even the rainy weather, but rather the nonexistent roads that commanded respect from intruders.

Three old, worn-out Land Cruisers slowly rolled off the city street of Iringa and onto the dirt. It wasn’t long before the deep swells of the African grasses, blocked the windshield. The driver admitted his concerned about the treacherous travel conditions. “Our people in the village are very appreciative, that you traveled so far and are risking your lives to visit them.” At which point, a fellow traveler replied, “Aren’t people in the other vehicles risking their lives as well?”

Only the driver and luggage remained in each of the Land Cruisers, as they cross unsafe rotting logs, serving as bridges. It was a relief to get out and stretch my legs, after being cramped in the backseat for hours. Precarious walks over numerous ravines, was the only choice.

The wilderness had not yet been suppressed by lorries, crushing trails into the landscape. There were only meager footprints from these villagers. Water was hand carried from nearby streams. Indigenous wood rocks sticks, and straw, created most of their homes and tools. Listening to the rain hit the roof, I lay awake in the middle of the night, wondering if our group would be able to leave the next morning. April was monsoon season.

Huddling around a smoldering fire, we breathed in the misty morning air. While warming hands with a breakfast bowls of rice and beans, we contemplated the risk of heading out on the eroded, muddy paths. As we packed the old dilapidated automobiles with a few belongings, the sun began to offer some hope.

It took the better part of the day, to visit many of the small towns along the mountainside. Medical facilities were scarce. Offering rides to the weary and sick, the caravan of three separated, in order to get passengers to their different destinations. Our driver talked in Swahili to a man sitting beside him. Their conversation came to an end. The gentleman thanked us and got out of the vehicle.  As we continued down the mountain, the driver informed us, “This traveler was returning home after attending your wedding. For this man to join us; he had taken the bus from Iringa to the end of it route at Kyvalomos, where he had walked nearly nine hours, stopping only when it got dark.” We learned that it was customary for people along a traveler’s path, to welcomed them as family into their homes.

Our Land Cruiser forged on through the muddy foothills. Turning into a slight decline, we began to sink. The axel was packed in mud and the wheels had lost their grip. Without cell coverage, it became obvious, we were on our own. Darkness fell. Working under the glow of the headlights we secured a winch from the front of the vehicle to a tree. However, it had not been installed correctly and as the steal cable pulled tight, the bumper came loose. With the possibility of spending the night, in an area where malaria ran rampant, it was hard to think clearly. Huddling into the backseat, the glare of headlights flicker through the window. The others in our group had come looking for us.

It’s easy to enjoy nature along a well-maintained mountain pass in a reliable vehicle, where help is readily available. It’s not so easy to be bold and fearless, when stranded in unfamiliar territories. Here’s the trinket from that experience, I may find useful when writing children’s stories. There are going to be those mountaintop experiences as well as time spent in mudholes. –Truly appreciate the good times and graciously except the tough times. –Wonderful news since our trip to Tanzania: Due to medical advances, there are half as many malaria deaths. 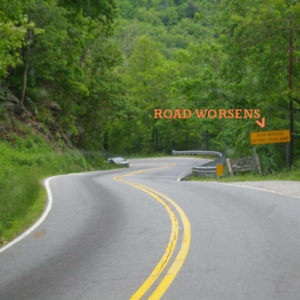 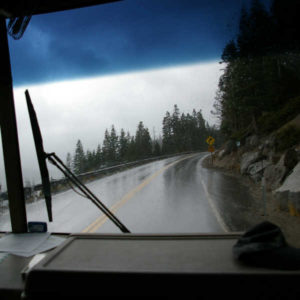 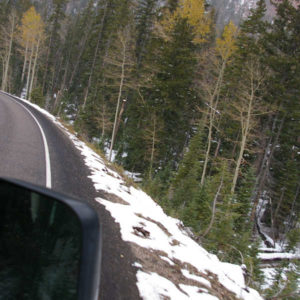 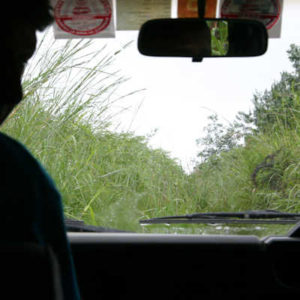 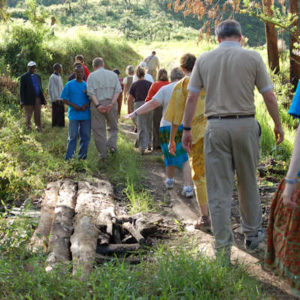