How many times, have you tried something which looked easy, only to find out it took more time and money than originally thought? You would think, I would have learned, that lesson after five years of building our house.

“What a fun project!” I blurted out, when my husband came up with a great idea, to make a video promo for my new book. We had always enjoyed watching those short YouTube videos and thought, “How hard can it be?”  It wasn’t all that difficult or costly to make this video. However, it did take more time and ingenuity than originally thought. Determined to finish our project on a shoestring budget, added to the experience. It didn’t work out the way we thought it would happen. However, the recklessness, becomes rather entertaining.

Unsure, how long to make the video, we decided to follow the length and format of an advertisement. It was surprisingly easier to ramble on, than it was to shoehorn a book report in only forty-six seconds. The harder I tried, the more mistakes and silly things happened. Honestly, I lost track of the numerous outtakes, coughing, saying an inappropriate word, and just drawing a blank on what to say next; while my husband patiently stood behind the camera. Those bloopers that we didn’t use, weren’t destroyed. We’re not stand-up comedians, –however, those silly mistakes, may someday get their debut on our YouTube channel bloopers video.

Piecing together a makeshift studio, allowed the music in my husband’s head to become The Lion of Tupungato’s theme song. It took a few days to record all the different instruments and mix them together. I couldn’t help but laugh, when he ran outside at six o’clock one morning. It was a “balmy” negative seven degrees, as he stood on the patio playing a flute, in a Parka and shorts! He was in a hurry. Getting dressed, could mean he’d miss a special recording sound and feel of the cold dense air at sunrise. Unable to find the guitar’s glass slide needed to create the perfect “lion’s” roar at the end of the song, didn’t stop him either. In all the years I’ve known him, seldom was there a time when he didn’t come up with a way to work around a “stale-mate”. Improvising, he returned from the garage, with a three-quarter inch socket wrench, quietly sitting down with his Les Paul, he starts to play. He then pulled in a bass part played by my step-son, which fits right in with the importance of family in this story. When the audio tracks were mixed down, mastered, and the music bed was complete, it was time to position all the audio layers correctly. Arranging things like the slide guitar part, so not to cover the dialog, was tricky. With even the best laid plans, the timing was so tight, the guitar slightly steps on the words Tupungato at the end.

Only a few more pieces like the pencil drawings, and the book cover had to be scanned and added, the title to my website typed in at the end, and it was finally finished! –”Oh wait!” There were noticeable breath sounds between some of the words which needing to be removed. “Now it Finished!” –”Not so fast!” You Tube is tolerant of video format, but the finished video was not recognized by Amazon for our book page. Our old video camera was not the correct resolution and had to be converted. The first attempt had to be deleted on You Tube, before uploading it to Amazon and then back onto You Tube. And lastly, the link on our home page had to be altered to play the You Tube video. “This time, –it’s really finished!”  Time to start thinking about the next one, now that all the hard head scratching is done.

The trinket I took from this experience, I may find useful when writing children’s stories: Life’s a lot more enjoyable and even fun, when you don’t try to make things perfect.

To watch our video, visit www.leannembenson.com 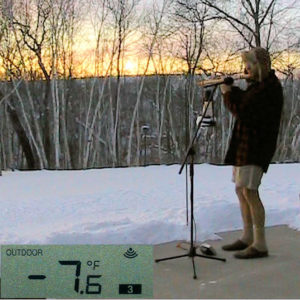 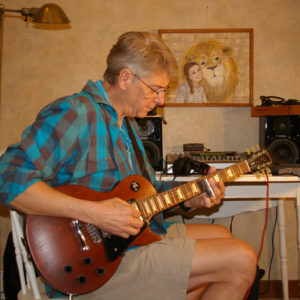